MASS BEING CELEBRATED AT BUNLIN SCALAN IN 1867. MAN SEATED ON THE RIGHT FOREGROUND WAS A PASSING PROTESTANT WHO STOPPED TO JOIN THE MASS. 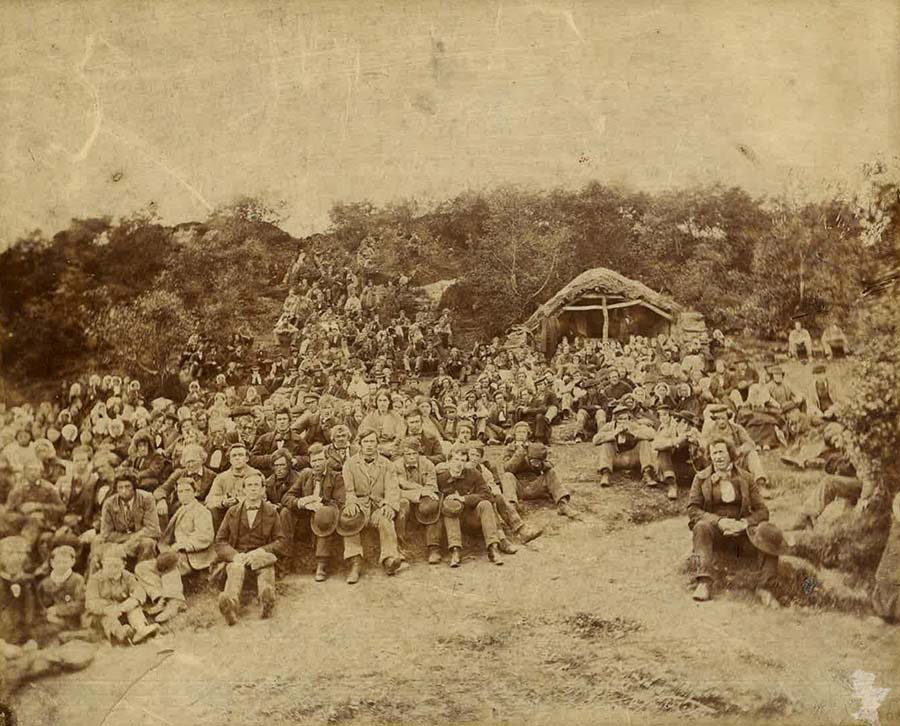 As Catholics were not allowed to build churches, Mass rocks were used to worship. The most well-known of the mass rocks in the Milford area is the Scalan at Bunlin. According to Dr .Mc Guire this scalan was in continual use right up to 1860 when Golan Chapel was erected; originally it was the friars who had been expelled from Kilmacrenan who officiated here, although later on it was the secular priest. It was the custom for the churches to be built near the site of the Mass rock but the 3rd Earl of Leitrim would not allow this to happen at Bunlin and so the church was built a mile away at Golan.

There were Mass rocks in Glenalla and Claggan but no churches were built here. Loughrus also had a Mass Rock and it became the site of the new chapel, St. Mary’s known to everyone as The Lagg which was built in 1829, the year of Catholic Emancipation, at the cost of £300; according to the Ordnance Survey Memoirs it could hold 1,200 worshippers.  Although Catholics were now allowed to worship freely, their churches had to be built outside the town. The land for the lag chapel, given by the then Church of Ireland Rector, Dr. Charles Ussher, was part of the original lands given to the monastery at Tully. Father William Carolan was the parish priest at the time and he was responsible for the building of the church. The Lagg Chapel was in continual use from 1829 to 1961 when the present Church of St. Peters was consecrated. Because of the Lagg Chapel’s situation well outside the town an oratory was opened in  Milford in 1920 in what is now the chemist’s and then later the oratory was moved to curate’s house ( Now the old IRD Office) although it closed after the new Chapel in the town was completed 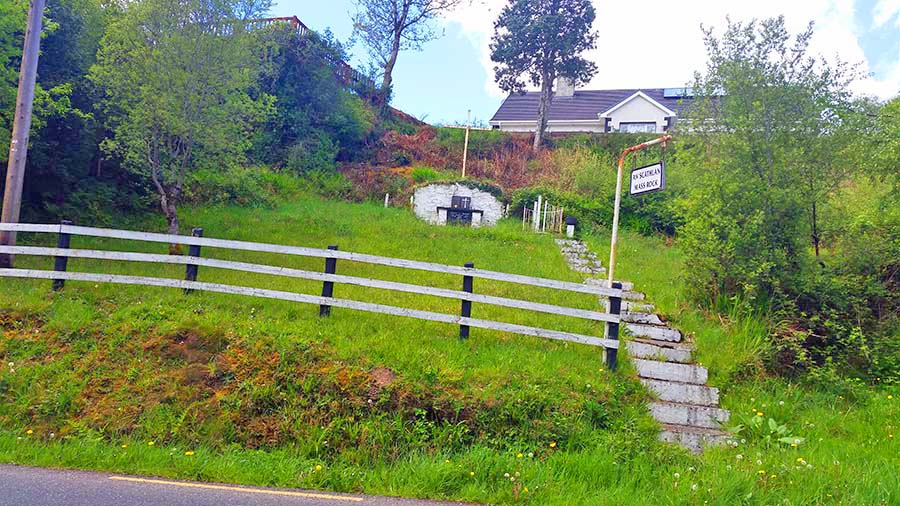