A Brief History of Holy Wells

Intercession with God, or with gods, at springs and watery places is global, stretching back into prehistory. It is found in modern Ireland at holy wells, of which about 3,000 are known. These range from remote, insignificant looking pools, that are now almost forgotten or little visited, to more popular, developed, rural and urban wells that form distinctive landmarks.

It has been widely accepted, even among academics, that our holy wells are Christianised relics of an ancient pagan religion. They are said to demonstrate continuity of practice, being a stunning example of the extraordinary symbiosis between the Celtic Church and paganism. Increasingly, historians and archaeologists challenge this idea as uncorroborated and propose that the tradition is probably an early Christian import.
We have little reliable evidence of religious practices in pre-Christian Ireland, unlike Britain. The Romans wrote about native British cults, in which wells were central. Some were assimilated into Roman religious practices, like the mineral springs of Bath in Somerset. This is supported by archaeological excavations. In Ireland, artefacts of the Bronze and Iron Age, interpreted as votive offerings, have been recovered from watery places, though not from wells. While some of the procedures carried out a the holy wells, like clockwise circumambulation, rag-typing to bushes and the leaving of votive offerings may indeed reflect continuity of native Irish pagan practices, there is no evidence that they were part of the rituals before Christianity. To date, no excavations of an Irish holy well demonstrate use before the 18th century.

References to pagan supernatural wells are found in early Irish literature and folklore, like healing wells of Dian Cecht, but may be imported story motifs. The earliest reliable literary reference to holy wells in Ireland comes from Adhamhán’s 7th century life of Colmcille. Holy wells are attributed to most early saints thereafter.

Christian pilgrimages to holy wells were common throughout Medieval Europe. The custom disappeared in Britain after the Reformation, but continued in Ireland. Ó Giolláin cites it as one of the principal methods of religious observance among Irish Catholics before the Famine, despite the Penal Laws.

Every pilgrimage or turas in Ireland shares common elements, although none are exactly alike. A well of some sort is basic, often dedicated to a saint or the Virgin Mary. Certain rituals are performed around the well, usually, at a prescribed time, for example, on the saint’s feast day or some other holy day. Pilgrims recite prescribed prayers while progressing clockwise round the well. Stones or stations are found at some wells, punctuating the turas round. Sometimes a cairn of stones is located by the well. It is customary to toss a stone on the cairn after each circuit, or at the end of the turas. Some wells have brushes or a tree on which rags are hung and small personal votive offerings may be left, both are tokens in exchange for healing. Water from the well may be imbibed, applied to the person or taken away, in hope of cures or favours.

Until two hundred years ago huge crowds attended these pilgrimages on the patron’s day, often fasting and barefoot. After long religious devotions, general socialising took place. At some wells alcohol was dispensed. Some excessive imbibing led to rowdy behaviour and faction fighting and brought the pilgrimages into disrepute, provoking condemnations from religious and secular authorities alike. 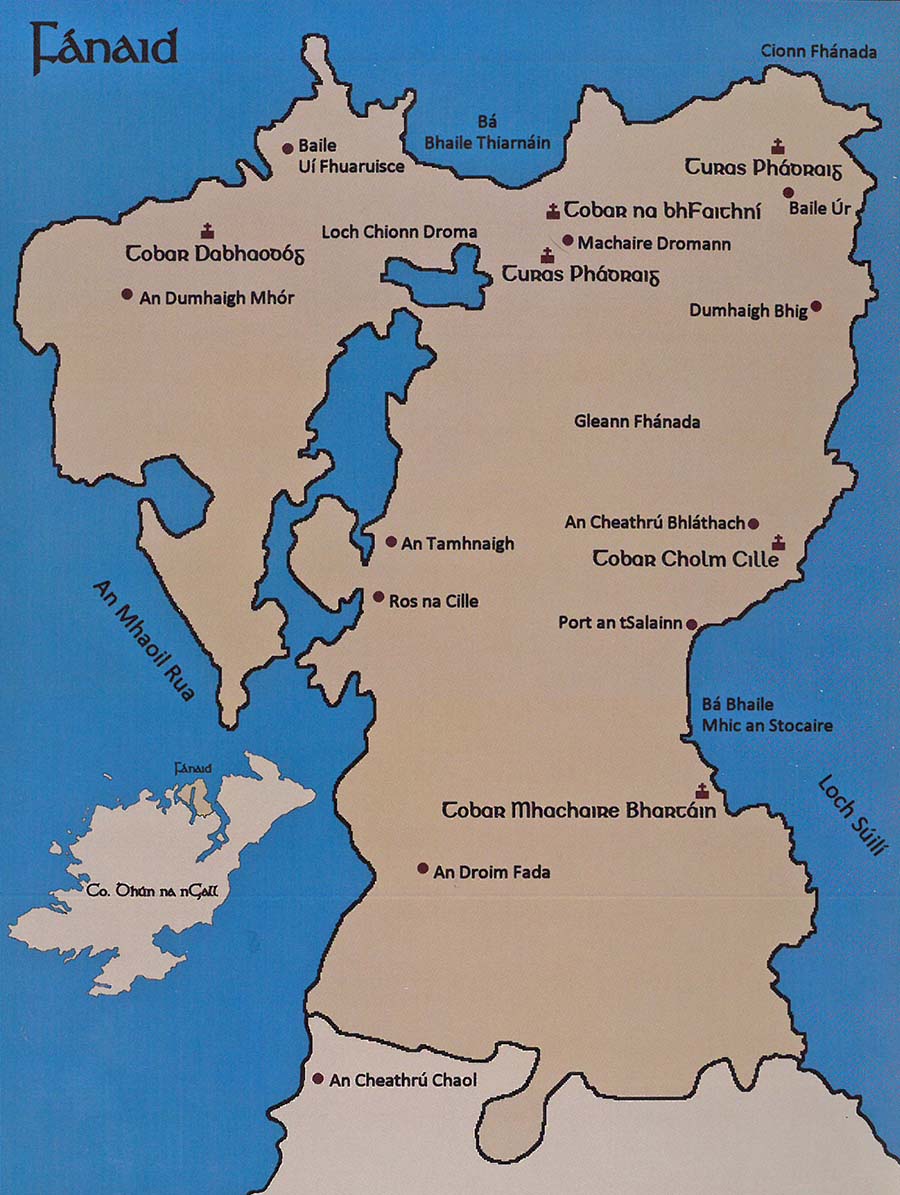 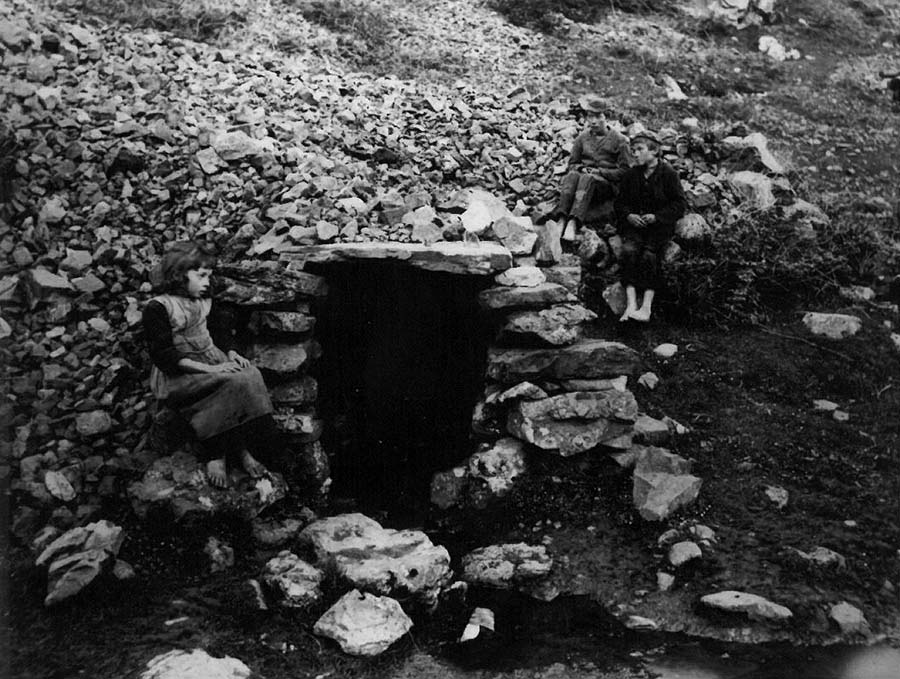 CIRCUIT OF THE WELL CIRCA 1960s 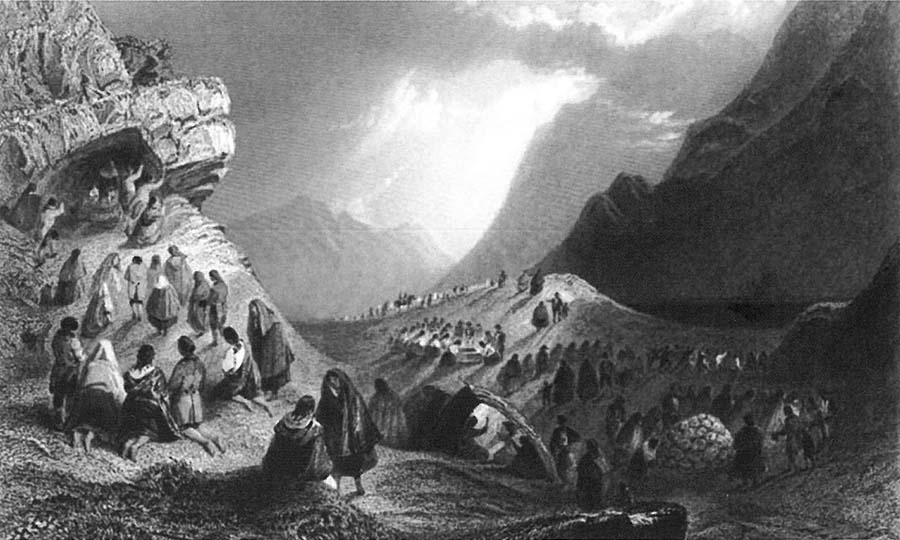 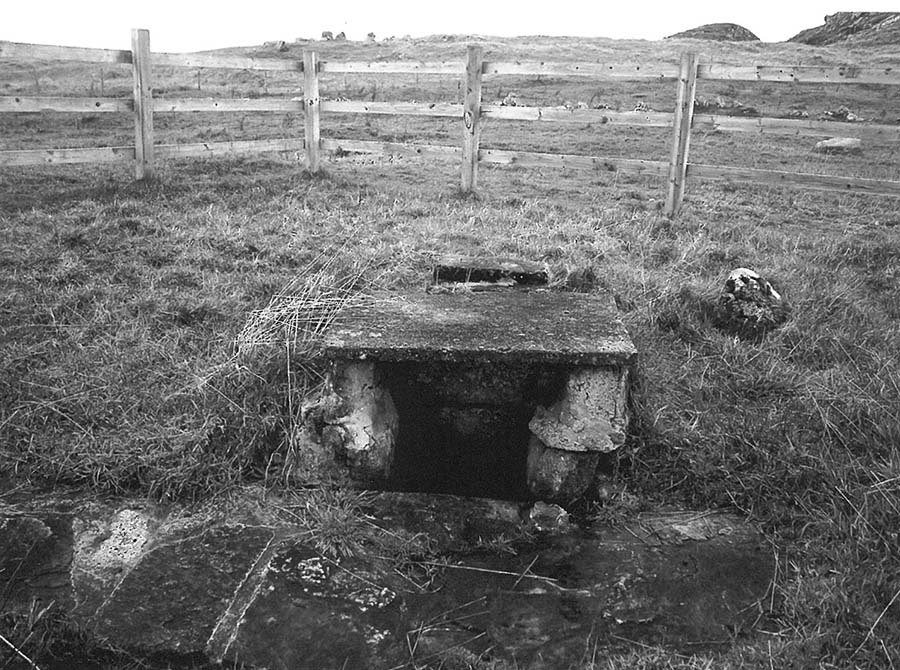 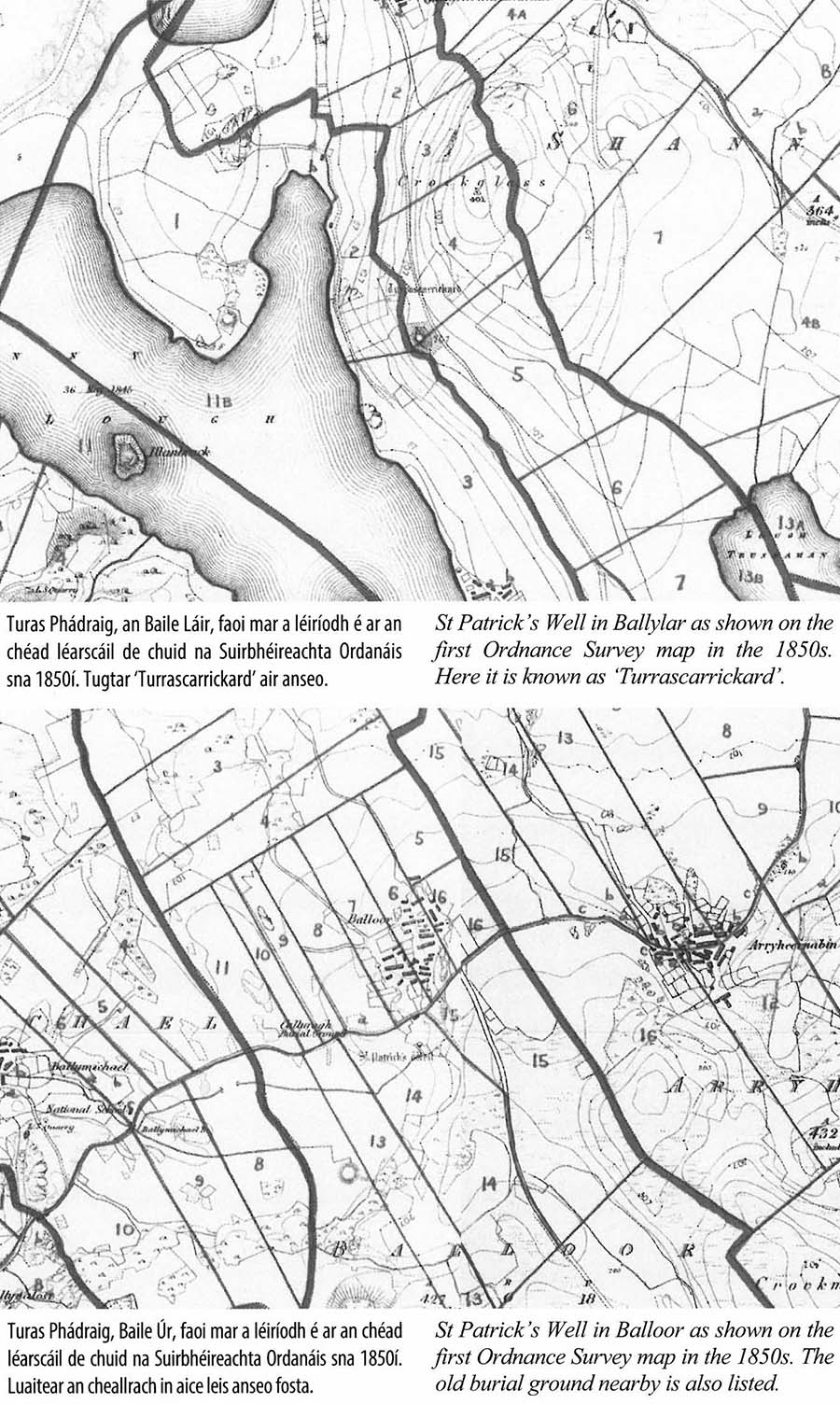 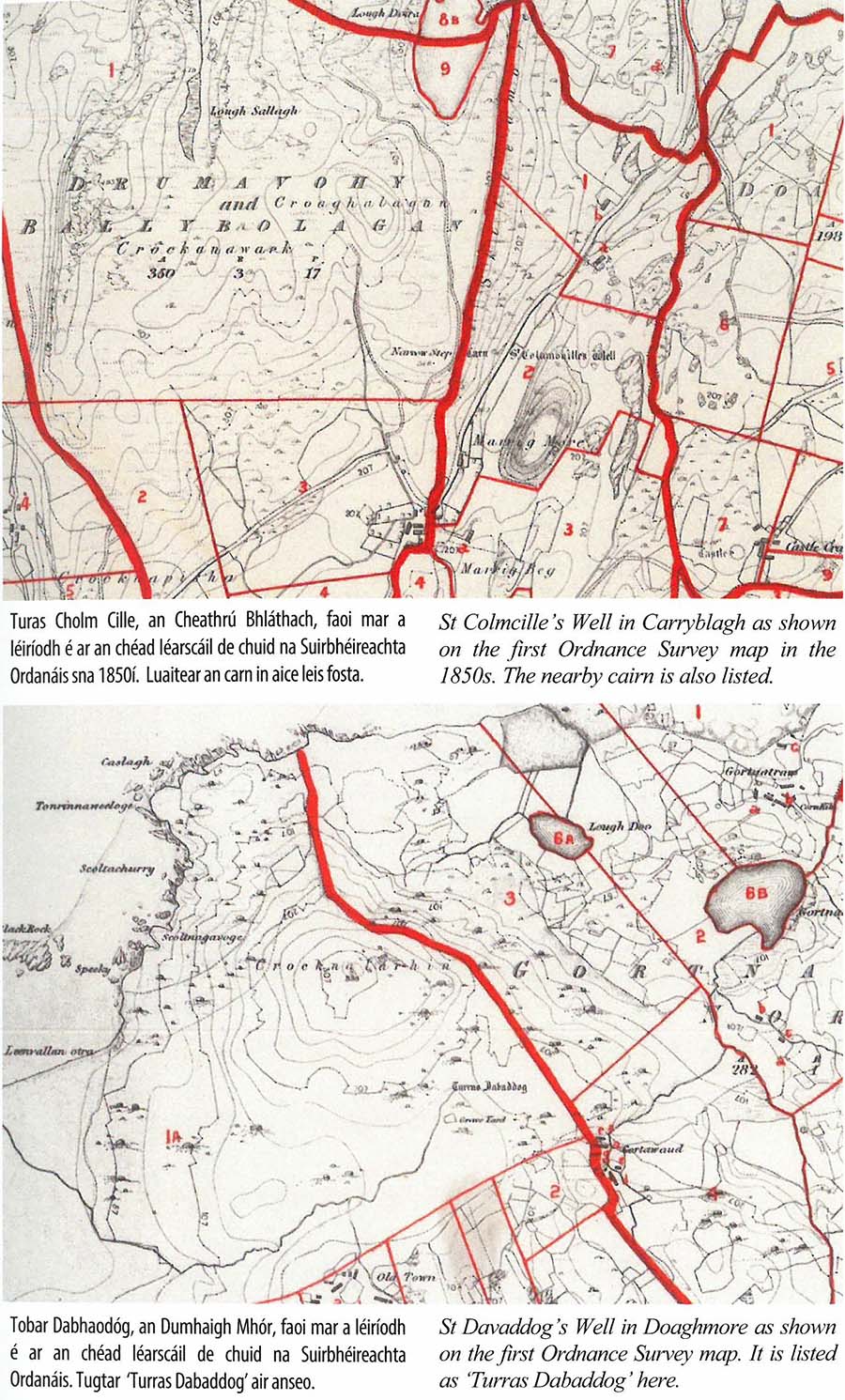