In 1610 it was granted to Henry Vaughan and was described in 1622 as ‘formerly an old Irish castle and the walls of a small house upon which Arthur Terry, gent, assignee to Henry Vaughan, hath set a roof of birch timber, thatched, the walls of the castle being in some parts repaired, having neither roof nor floor. Adjoining to the castle is a little court made by Terry of stones only without clay or lime, 5 ft high.

The tower-house is situated on a small rocky island which is joined to the shore by a causeway 45m long. It is protected by a cliff on the N, W, S and SE and by a steep slope on the E and NE . Only the SW corner survives, two storeys in height. It is built of rubble laid in a coarse sea-sand mortar; the quoins are missing but the bond holes indicate that they were of ashlar construction . There is a mural passage in the ground floor of the W wall 1.4m high; the N end is rebated on the E (for a door jamb), and has the remains of a splayed ingoing on the W. A stone-facing has been added to the cliff face on the N, and this probably served to underpin the NW corner of the tower-house. A ragged opening in the S wall provides access to the mural passage. It is doubtful if there was a door in this position; some wall footings survive on the interior. There may have been a small loop or window here, the W ingoing for which remains. The recess on the E could have served as a seat or wall-press. The W ingoing for a deeply splayed loop survives at the E end of the S wall.

There is a scarcement at first-floor level and at the N end of the W wall is the S half of a window set in a sub-rectangular embrasure. There is a band of facing on the N side of this wall below the interior window-sill level; this is probably the remains of a murder hole shaft.

There is a small section of rock outcrop on the SE side of the island and a few courses of masonry survive at its N end. The area to the S of the tower­ house might have been enclosed by some form of bawn wall and this may have been the position of the house noted in the 1622 report. 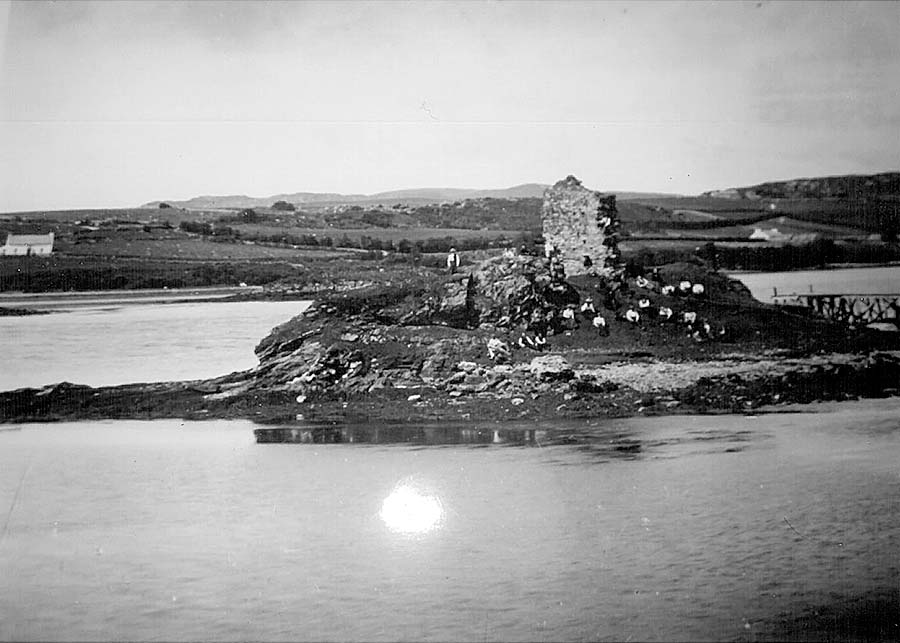 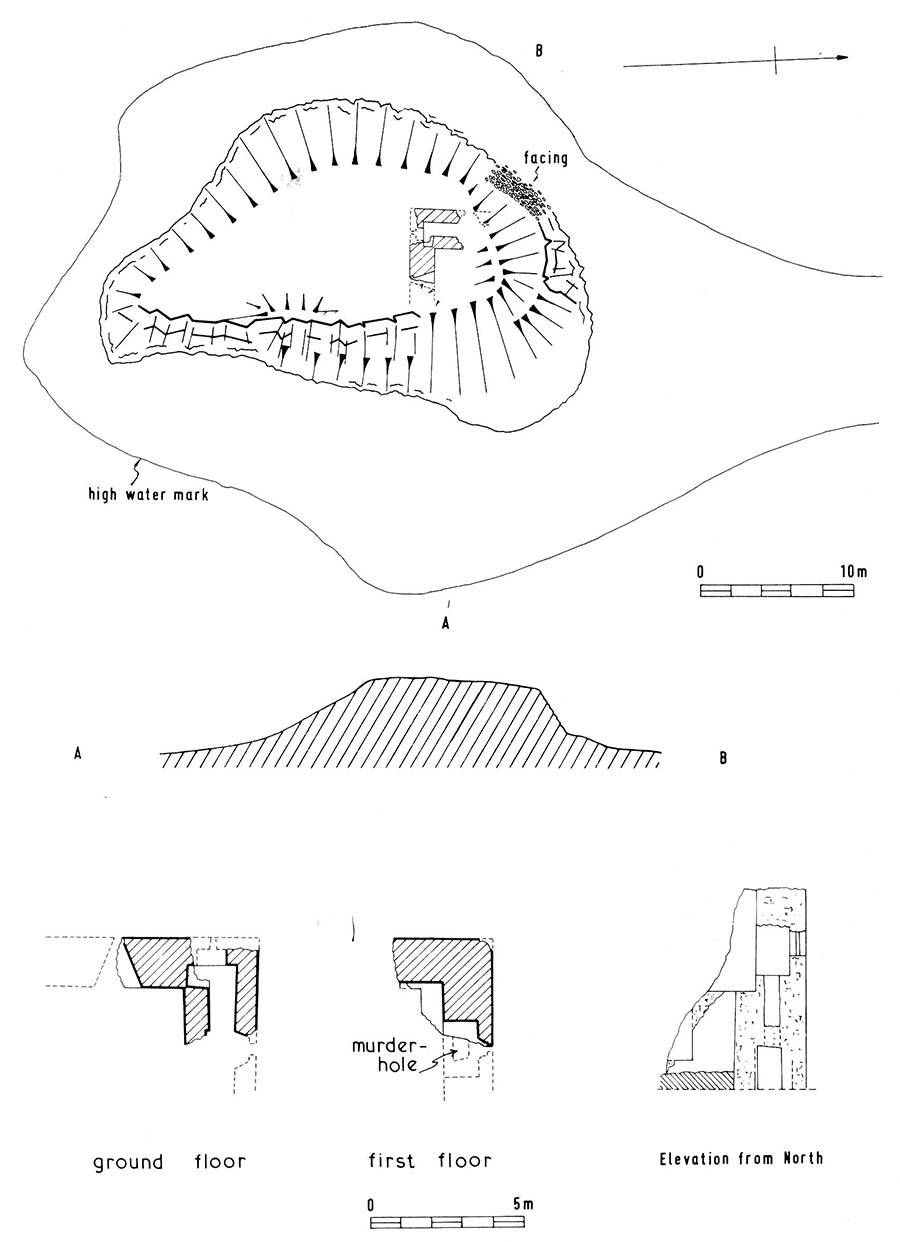